This week I did not play too much. I was away this weekend from Friday until today. I still got some very good sales before I went away though and I am getting close to 4 million Liquid gold.

Another great week in terms of liquid gold. Even though I spent the last 3 days away my gold total increased by about 480k. I hit 910k in sales this week and that was without any weekend reposting.

I did not do too much in terms of restocking, but BoE sales have remained steady together with decent flask sales after restocking last week. My AH value is just about holding steady around the 3 million mark as well! 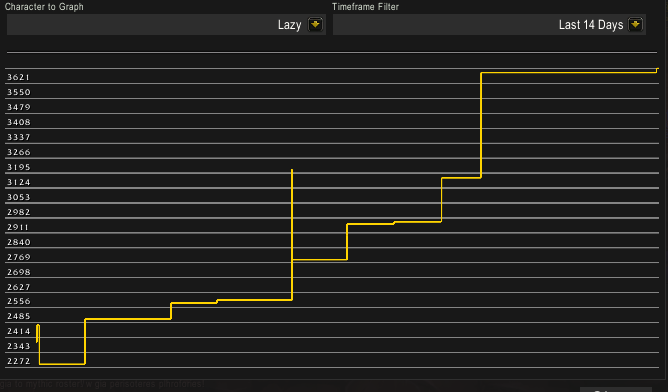 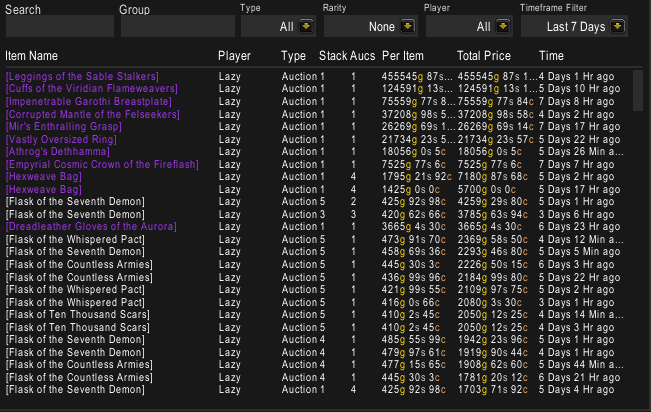 Yet again the brunt of the sales comes from 110 BoEs. The high point this week was obviously the Leggings of The Sable Stalkers I sold for 455k. These are most likely some item level 975s I bought for 350k 4 days before they sold. 100k profit in four days is pretty nice!

I am planning to phase out my 101 BoEs now. I will stop buying them. I’ll probably stick to the same pricing formula a little while longer, but I will eventually start dumping the price to try to move my stock before it is too late.

Flasks remain my top sellers in terms of quantity as usual. Outside of that I really did not move many items this week, but the high end BoEs made up for it by bringing home a ton of gold. 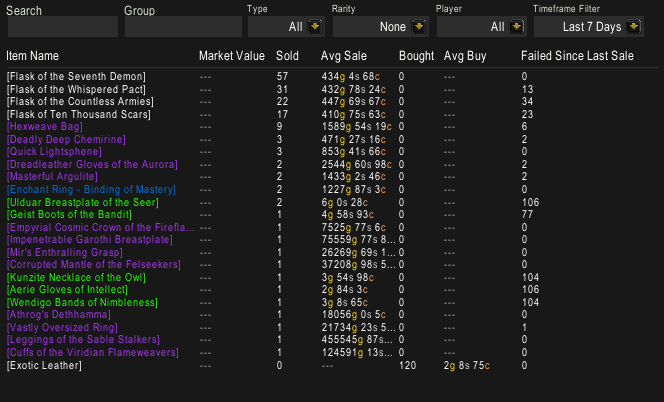 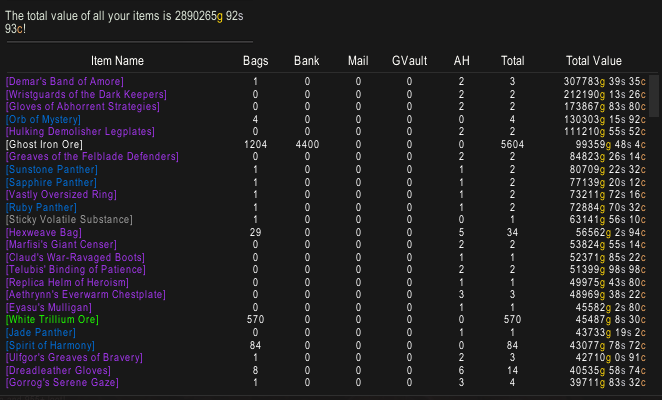 After restocking a ton of flasks herbs no longer show up in my top value. You can see I have 2 of each panther except Jade. In addition I have a ton of BoEs. I am finally running low on trillium ore which is nice.