We are now in the second week of raids being open, with Mythic opening this week alongside normal and heroic.

I’ve once again spent the majority of my time working on reputations on my warrior. I did dive into a couple of new crafting markets this week.

The highlight is enchanting, but I also started my darkmoon card production back up as the deck prices are very good on my realm.

I’ve been selling some food, but I haven’t crafted too much of it.

Potion sales have finally picked up, at least for agility and intellect.

I’ve also been doing a lot of material flipping that has been very successful.

My AH value has increased significantly and I managed total sales of about 1.6 million, which is great!

I spent a bit of time leveling my mage, but mostly I was doing WQs on my warrior when I wasn’t playing the AH. 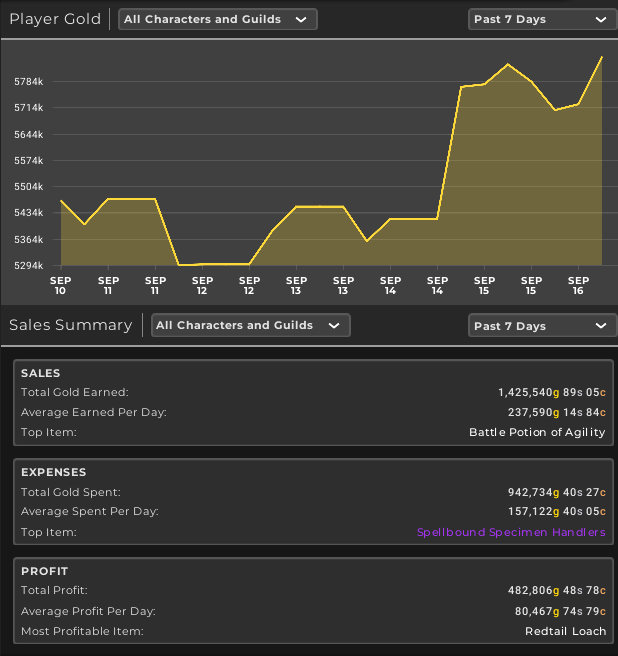 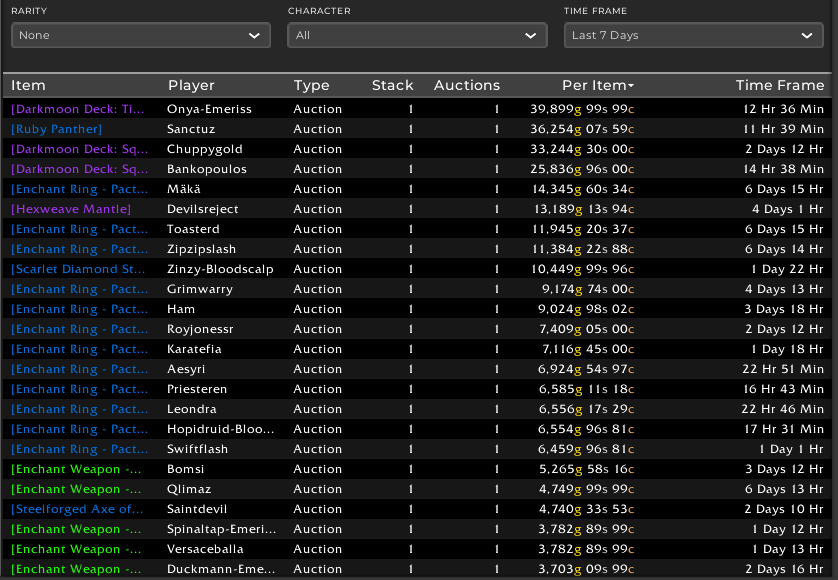 We can see that my top value sales were dominated by enchants. Darkmoon decks also makes a combat on the last day, and I sold an assortment of old world transmog and a scarlet diamond staff as well.

I did not sell too much Honorable combatant gear, but I haven’t restocked much either. I sold an absolute crazy amount of weapon enchants in total, and gems are also selling well.

I’ve also gone heavily into material flipping this week, with great results as you will see from the resale summary below.

I’ve been buying some of these materials to use in addition to the flipping, but overall we can see that I have sold a pretty nice amount of the materials I have purchased. Sadly we can’t see the percentage gain and the total profit, but it looks like my average profit is in the 30-100% range, which is pretty great. This has definitely been a huge boost in my sales this week, and I’m really happy about how the market is looking so far. 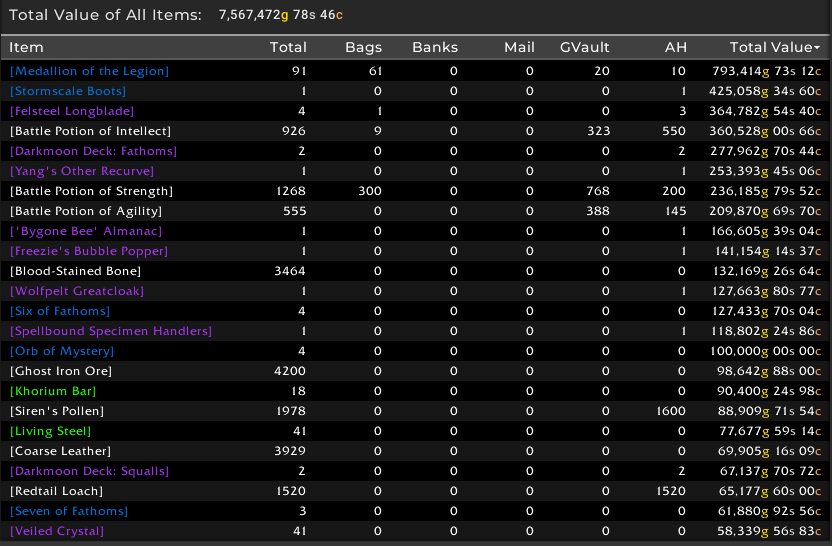 My Battle Potion stockpile has been reduced by a decent amount. I’ve sold almost half of my agility potions, and about one third of my Intellect potions. I had to cut prices on the strength ones as the demand just isn’t there. I’ve bought one new BoE, but I don’t really expect to go heavy into that market yet. We can see that I am quite low on enchants, as none of them show up at the top here. I will definitely have to restock ring enchants in particular.

I expect I will get the first rank 3 recipes next week, so that will be a major boon in the enchanting market.