The Lazy goldmaker here, Back with another Sunday status update! I set a new AH value record this week! We’re closing in on 5 million worth of auctions! We can also celebrate the return of the Blizzard AH API and accurate pricing data!

I spent a good bit of time restocking Antorus BoEs this week. I’ve been focusing on restocking as I feel that my inventory has been running quite low lately. I also crafted up some more jewelcrafting panthers and flasks.

With the return of the API I think my flask operations should start working well again. My minimum price has been too high for a while leading to very few sales.

I spent some time leveling my Nightborne Priest and as much time as I can keeping my two 110 characters busy running order hall missions. I made about 50k this week from those, so that’s pretty good.

My sales are a bit down this week, but I increased my AH value by 1.3 million so over all I am very happy with this week. 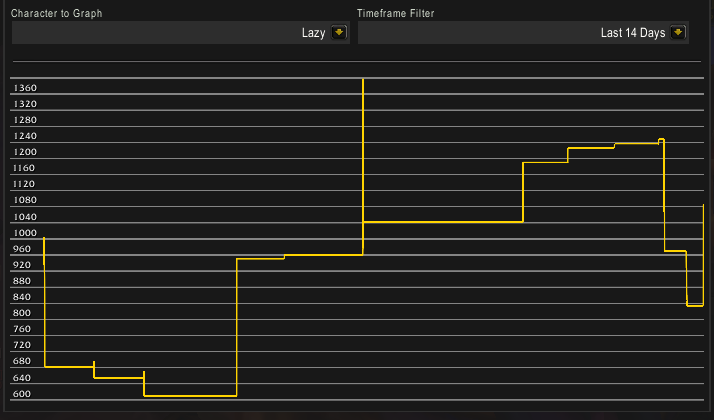 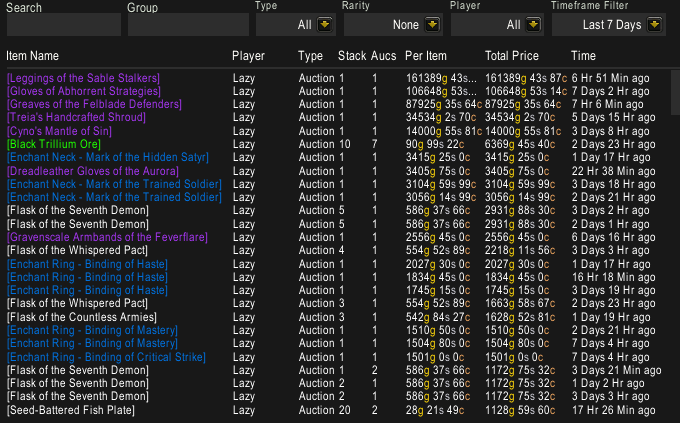 I sold both Antorus BoEs and 101 BoEs this week. We can see that the Antorus BoEs are clearly outperforming the 101s at the moment. I also sold a nice amount of flasks, enchants and various pieces of crafted gear.

If we look at the items in terms of quantity we can see that I did not sell too many items this week. In general quantities are low across the board. For some markets it ‘s been caused by my pricing settings, and for some I expect it’s my lack of stock. I’ve bought a ton of enchanting materials to get those stocked again. When it comes to flasks I am very well stocked in terms of herbs. 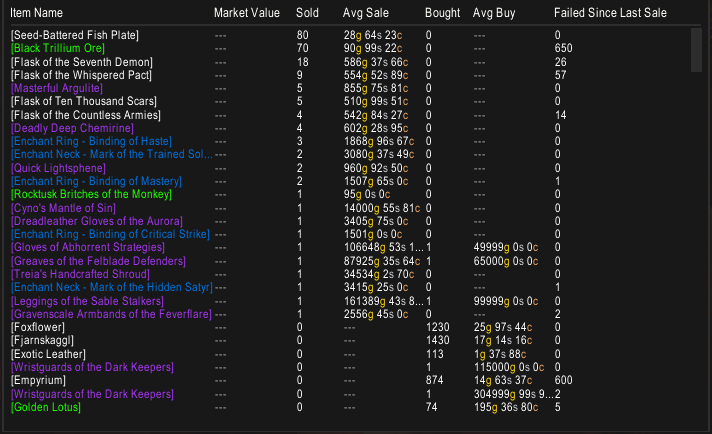 I am still moving some trillium, but not a lot of it this week. Prices on the ore are quite good. 91 gold implies a Spirit of Harmony value of about 450 gold. 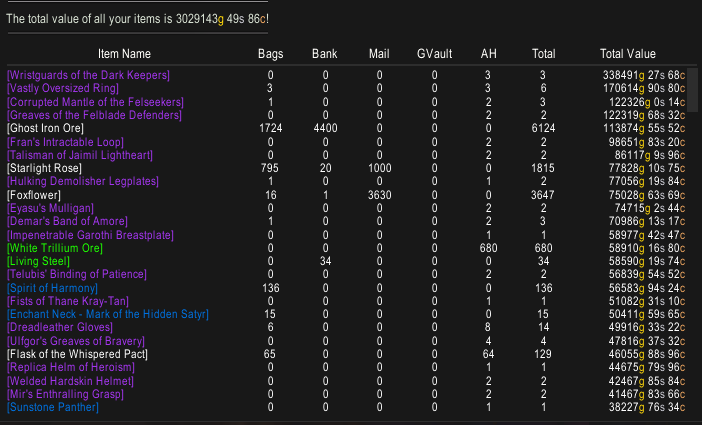 I think this is the first time the top line is an Antorus BoE. I am fairly certain that the valuation in this view slightly undervalues my stock. We can see I am still rolling in herbs, flasks and BoEs. I managed to get some panthers back on the list this week after restocking as many as I could.