I spent the weekend enjoying the Norwegian summer and we had the National day on Thursday last week, so in terms of activitiy this week was quite slow. I did get some play time on my actual characters though, but my posting patterns were very lax.

I managed to spend three hours on my main characters this week. I honestly don’t really remember what I did as the week has been so eventful outside of the game. I’m pretty sure I did a decent amount of stocking up on order hall resources as well as some restocking of crafting markets.

Overall I did not have an impressive week. I managed to hit a new peak in liquid gold, but that is more due to not spending gold more than anything. I think we are hitting the point at which it does not make sense to restock BoEs anymore. I will likely start decreasing the price of my 101s this week and 110s soon to get rid of them before Legion. 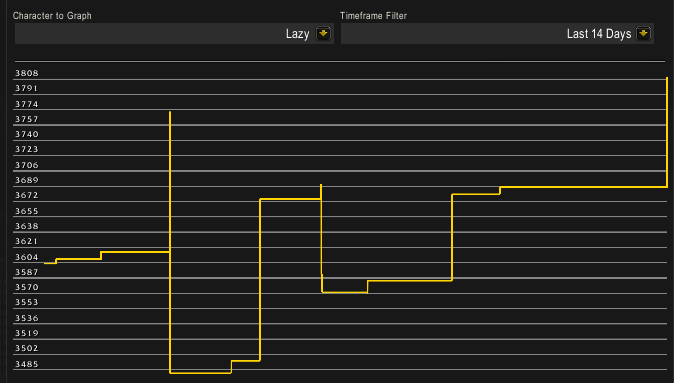 I am still selling gems and the Hexweave bags I bought to flip so overall most of my markets are still delivering, even if quantities are way lower than I would prefer.

I am already in the process of restocking flasks to get my stockpile back up. 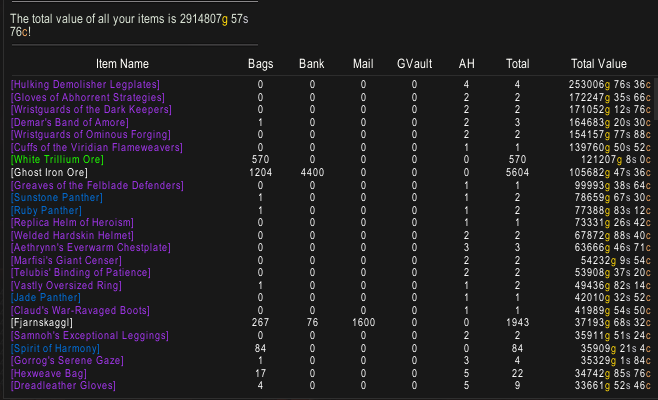 My BoE Stockpile is still going strong. As I mentioned above I think it is time to start divesting of it, particularily the 101 BoEs. As such I will start decreasing my minimum price and increase my undercut percentage to make some deals pop up in other players shopping scans. The market has served me very well and I do not mind exiting it now at all.