I’ve been working on my profession quests on my mage this week. I don’t have access to any of the item level 850 recipes yet, but I’m looking forward to stocking up on those as soon as I can.

I mostly worked on profession quests on my mage this week. Overall we can see I made about 160k in sales, and I spent very little gold. I’ve been selling of all the food I crafted. BoEs have been going slowly, but I sold some 101s this week, so at least the lower prices seem to work.

As we can see from the graph below it has mostly been a steady slow increase in gold this week. I did not really spend any large amounts, but I got in quite a few decent repost sessions leading to steady small sales. 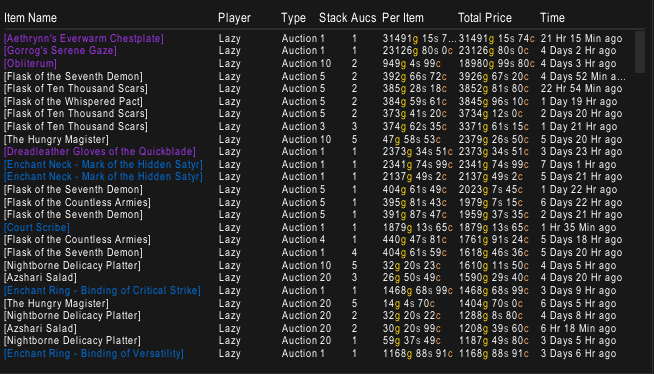 This week I got two 101 BoE sales. That was nice as it’s been a while. I also sold some Obliterum at a very nice price. I need to change my posting operation so it overcuts if necessary. My crafting cost for obliterum is about 200 gold each, so the profit at 950 per is pretty good.

We can see that my recent food restocking session has given some great results. Food still sells really well and the volume is great. 730 Hungry Magister in a week is pretty great. Profit margins are decent across all the food crafts I sell.

Volume was unsurprisingly dominated by food this week. Obliterum, flasks, gems and enchants continue to remain steady sellers. All of these markets will likely remain decent at least until August. BoEs and crafted gear is not currently doing to well though. The 850 gear has been going really well on my other realm so I expect I just need to post some more volume as I don’t really have too much stock here. 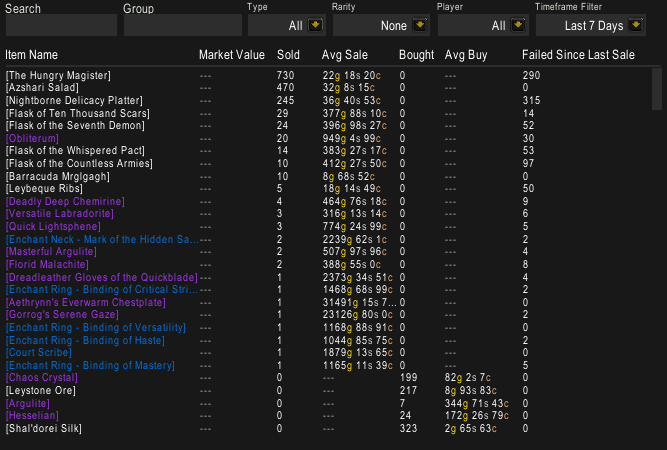 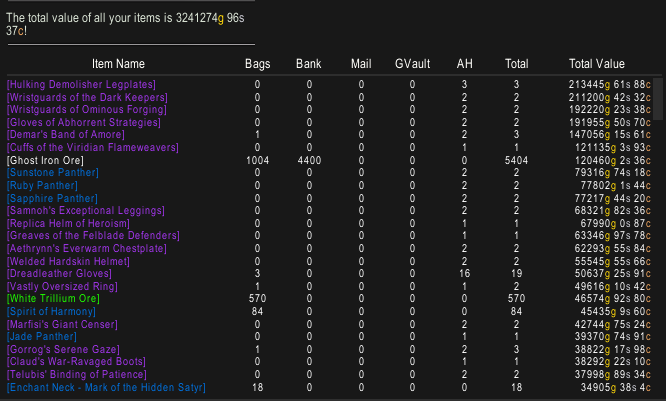 I feel like there’s almost no point in even commenting on my inventory. I neither invested a large amount of gold, nor did I sell any meaningful BoEs so overall my inventory did not really change at all this week.