I added a fourth character to my roster this week due to an unplanned AH pickup of the Felsteel Longblade recipe. Head below to figure out why!

The main thing I did this week was purchasing the Felsteel Longblade recipe I mentioned in my secret transmog post. It was up for 290k and there were no swords on the AH, so I went for it. I expect I can make a decent profit margin being the only poster and using some trade chat advertising. I quickly realized that the bar prices are quite ludicrous on my realm. To help with this I made a Death Knight. The goal, is to quickly level mining so I can learn all the Burning Crusade bar melting recipes.

Outside of the death Knight I worked on my Mage. I finally unlocked the item level missions and I am working on getting my champions leveled. I’ve also worked on the Tailoring profession quests and I can now make a decent bit of Imbued Silkweave gear. I still need to fly around and pick up some recipes though.

We can easily see the massive drop when I bought the recipe and started buying materials in the screenshot below. I just finished crafting my first sword, and hoping to get number two up quite soon. The AH is slim on Primals So I have had to farm them myself. 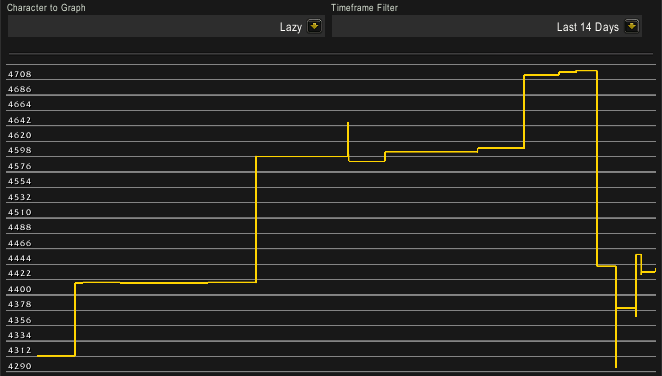 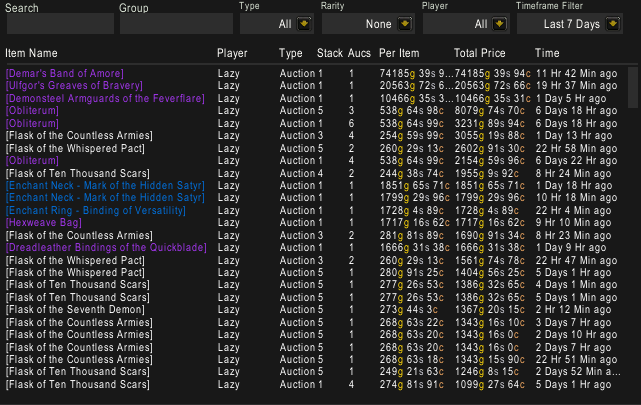 My total sales this week were quite decent at 330k. This is essentially the same level as last week. I spent almost 550k this week, so my total gold went down. We can see I sold a couple of 101 BoEs at quite decent prices. I am still working on moving my BoEs as they are fast approaching obsolescence.

Obliterum and flasks are still selling really well, and I sold a couple of enchants this week as well. I recently stocked up a lot of enchants, and they have not been selling well.

I also sold my first Blacksmithing bracers, and the price was very nice as you can see. I will have to craft some more gear as soon as possible.

If we look at it in terms of quantities this week was not too impressive. The only items I am really moving in any meaningful quantity is flasks. I have run out of food, and I don’t think I’m going to be bothered restocking any more. Obliterum is still selling decently though, so that is certainly nice. 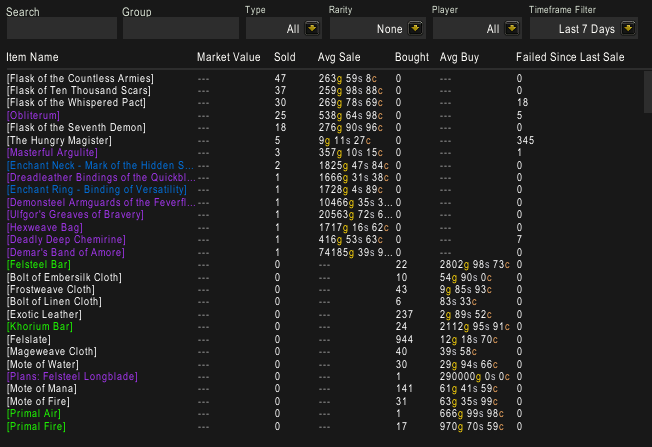 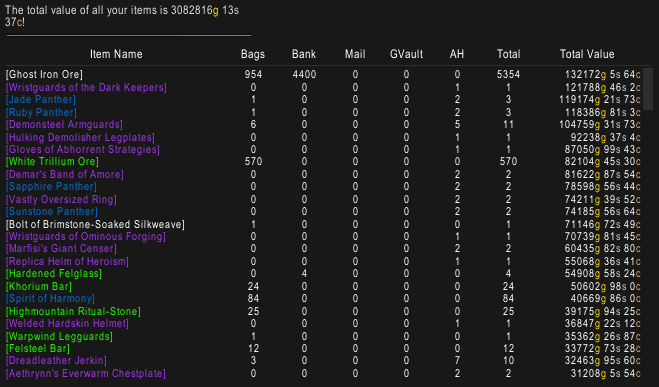 We can see that a lot of the materials for my new Felsteel Longblade recipe made it onto the list this week. BoEs continues selling out slowly but surely. I recently decreased the price on my BoE operation again to sell them more quickly.