This week my liquid gold went down a bit. Mostly because I started purchasing 110 BoEs again. My weekly sales were slightly better than last week, up above 500k, so that’s great. I’ve been restocking food like a madman, and it will show in the results below. I have also started running out of some flasks, and I forgot to restock, so I could probably have made some more sales than I did.

I managed to finish the order hall campaign and the Champions of Legionfall on my Demon Hunter, so it is getting close to full order hall operation. My Warrior made about 30k from the order hall this week, so that is pretty good. Doubling that will do wonders for my liquidity. 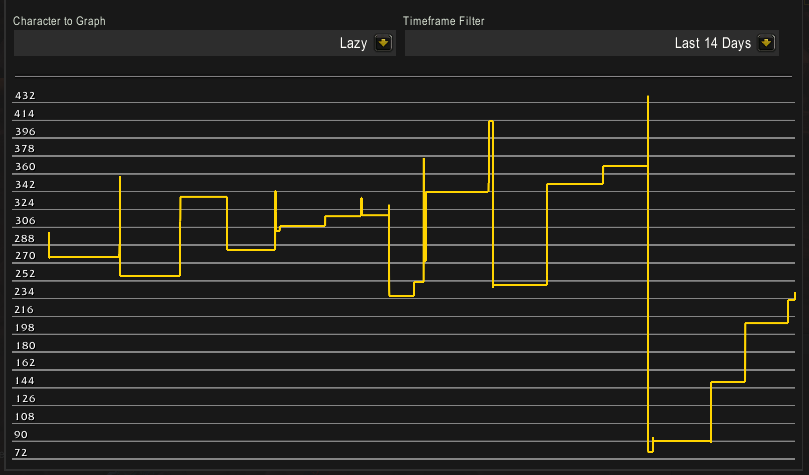 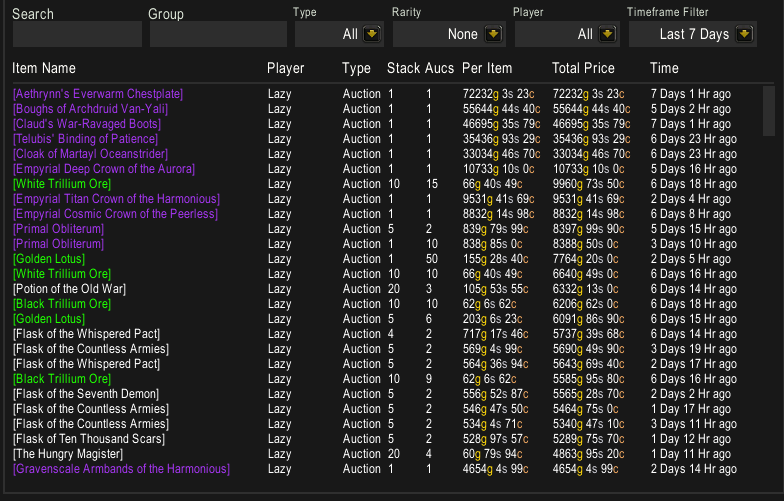 Nothing surprising here. My sales are very similar to how they looked last week. BoEs, trillium and golden lotuses continue to be my biggest sales in the high price category. Sales have been strong this week, with the highlight being the Aethrynns that sold for 72k. 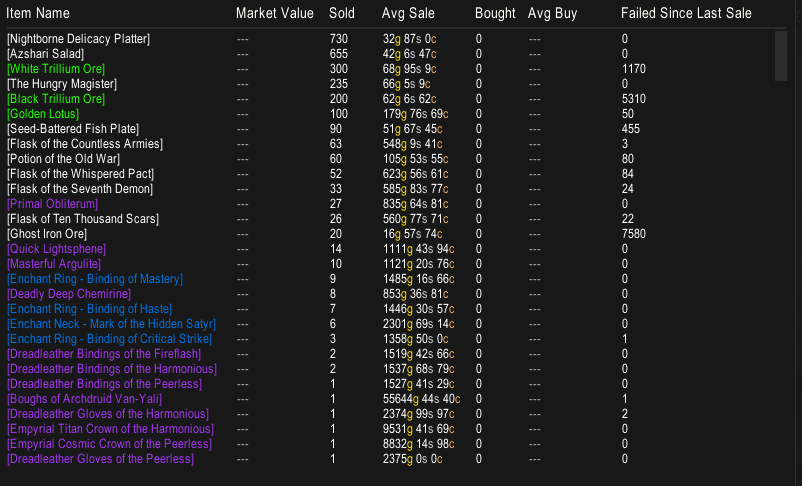 Here we some major changes since last week. My food sales have been very strong this week. I ended up moving more than 700 Nightborne Delicacy Platters, and 655 Azshari Salads. Trillium and Ghost Iron has also kept selling at a good rate. I ended up crafting some primal obliterum last week as well. They sold, but I am very disappointed by the price, so I am not planning to stock any more. I will use the Primal Sargerite I have to craft some more Empyrial Crowns most likely. 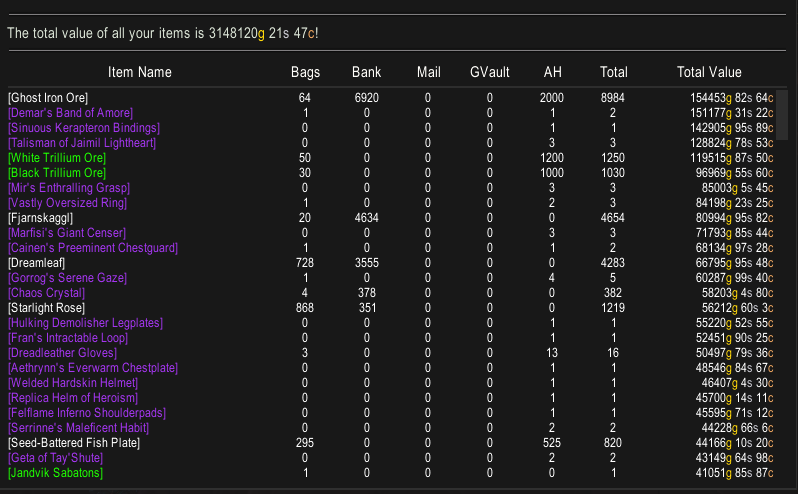 My inventory is also quite similar to last week. One addition to note is all the 110 BoEs. Sinuous Kerapteron Bindings, Hulking Demolisher legplates and Felflame Inferno Shoulderpads. My herb stockpile is still very strong. I think I should turn as much as possible of it into flasks, even though that will leave me with a bit less flexibility. I still think it will be better than missing sales, which is what has happened.