We are closing in on one year of doing this challenge, which on some level is kind of depressing. That being said my sales are still very high, so if I can just manage a couple of weeks without spending all my gold I should honestly be finished fairly soon.

My third week in a row hitting 2 million in sales!

Sadly I spent 2.4 million so I still managed to lose gold this week, but BoE sales are amazing. Most of my spend was in the form of a single BoE for 990k, so wish me luck on that flip!

If I can just not spend gold for a week or two I should be able to finish my challenge pretty quickly. The only issue is whether or not I can keep up my BoE sales if I stop buying, who knows.

I also finished my Tortollan Seekers rep farm on my Mage to get the rank 3 recipe for darkmoon cards. My next project now will be farming the Vial of the Sands recipe on my alchemist, I want a break from BfA content, so doing some archeology in Pandaria is perfect. Come join me on Monday when I stream to take a look at it. 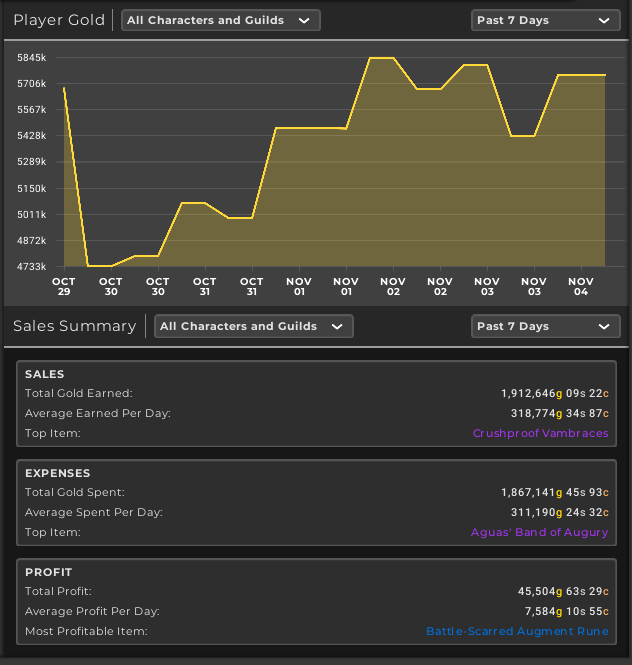 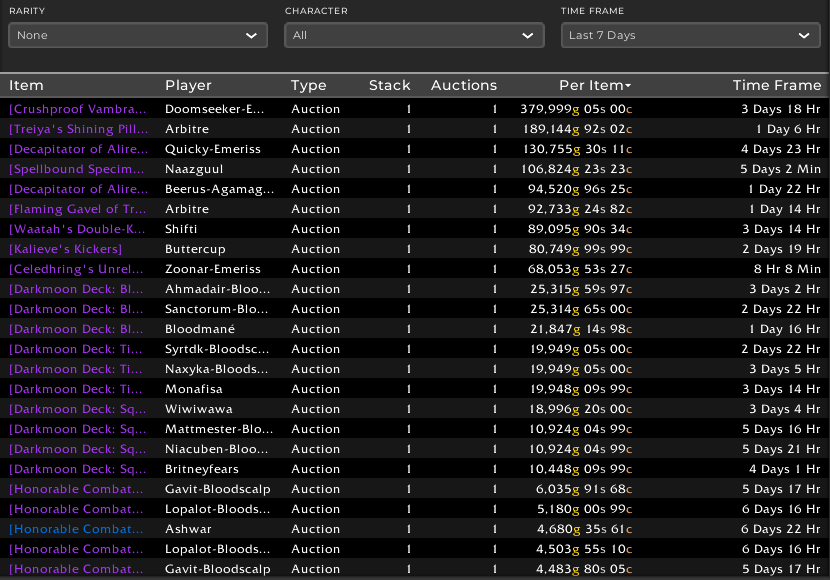 9 BoEs sold this week, for a nice total sale amount. The top sale were a pair of 390 Crushproof Vambraces that I bought for 250k, for a nice 130k profit.

The list is rounded out by Darkmoon Decks and BS gear. Sadly I am running low on decks, especially Fathoms, so I will have to restock these. I just got the rank 3 recipe on my mage, so this is the perfect time to do a massive crafting session.

My flipping markets are still dominated by materials. At this point I have given up on flask flipping, as it is just not looking profitable, so I am just looking to sell the flasks I have. Augment rune flipping is working better, but the amount of deals available is generally quite limited and keeps it from bringing in any massive 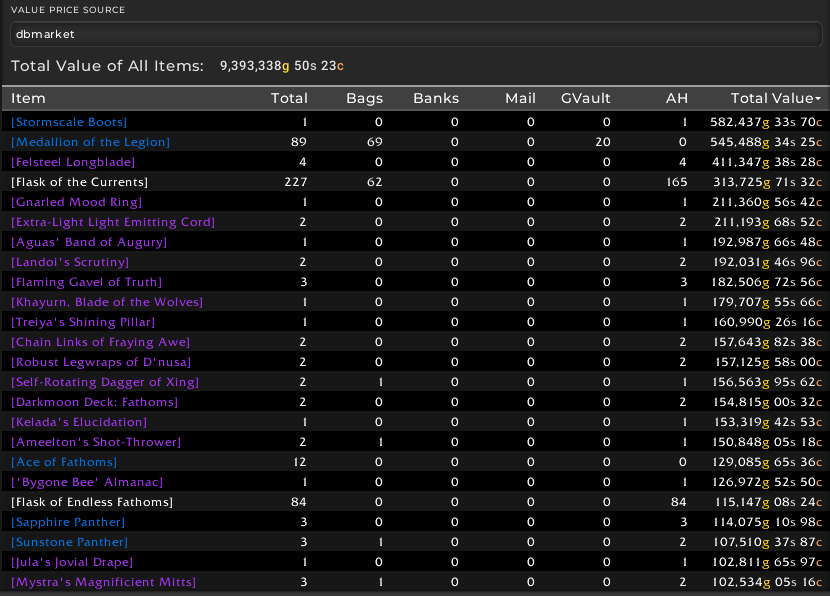 The value of Medallions of the Legion are falling extremely quickly on my realm right now. I’ve decided to stop buying flasks as they are just not moving quickly enough at the prices I need to sell them at to be profitable, so that will be a loss for me.

BoEs are now the majority of my inventory, which is exactly as it should be.

Follow me on twitter and twitch to keep up to date with my challenge. I’ll be streaming on Mondays and Wednesdays going forward!