I became a father this week so I did not spend much time playing WoW (unsurprisingly). I did get to re-post auctions a couple of times however so we will look at how my week went. I also did get some work in on stream on Sunday before the birth started.

On Sunday I went on another massive shopping spree for BoEs. We can se that I dipped down below 600k again. Sales have been steady throughout the week, but I have spent less than usual. As we can see from the stats I only made sales of about 600k. This is as expected as I did not restock anything this week, and I only managed to repost auctions three times. You can quite clearly see the days I checked my mailbox as they all coincide with large swings up in gold. 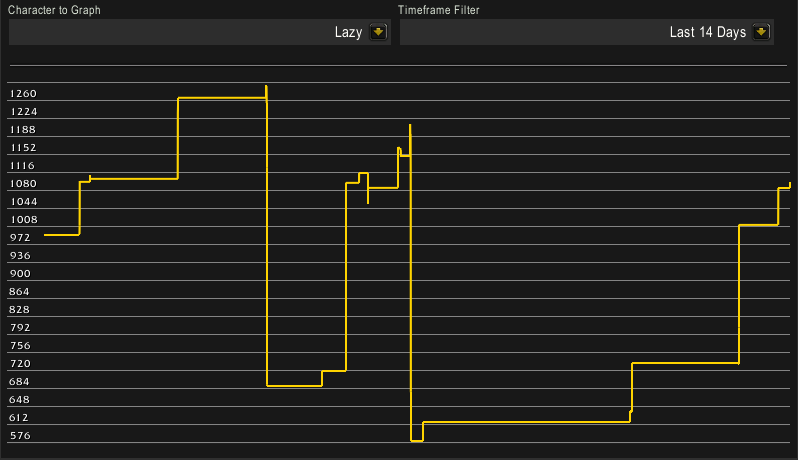 BoE sales were not too large this week. This is likely caused by the fact that I did not keep them all posted throughout the week. From Sunday to Thursday I was at the hospital (one short trip home where I had some extra time). Flasks have been selling really well for me lately and I will have to recraft some large batches again soon as I am running out again. Especially whispered pact and countless armies sell extremely well on my realm.

I also sold one panther, so that is pretty nice as I restocked them just last week! 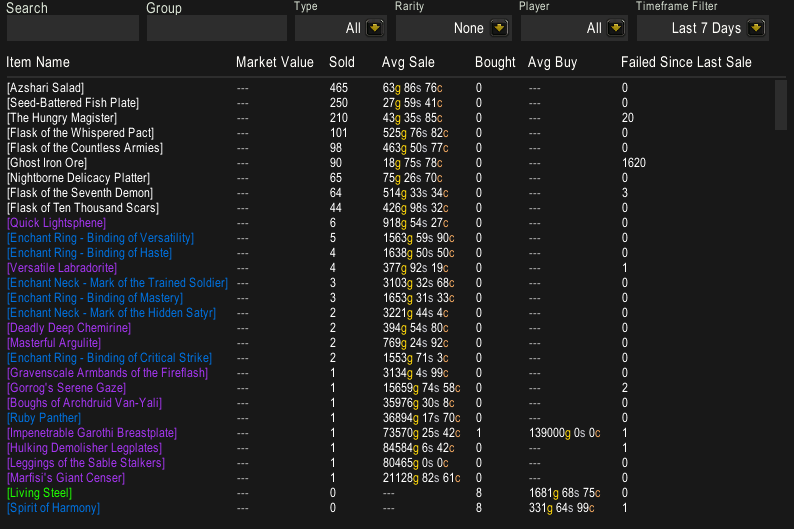 Once again my sales are dominated by food and flasks. We can see that the difference between whispered pact and countless armies and the other two is quite large. In addition I am still selling OK amounts of Epic gems and enchants, but nothing spectacular there. Overall the amounts are a bit lower than last week and it does not even cover a full page. Disappointingly I did not sell any trillium ore, but that might be caused by a change to my pricing formula to take the possible drop rate nerf into account. I have not had time to check whether I still need to have that in my settings or not. 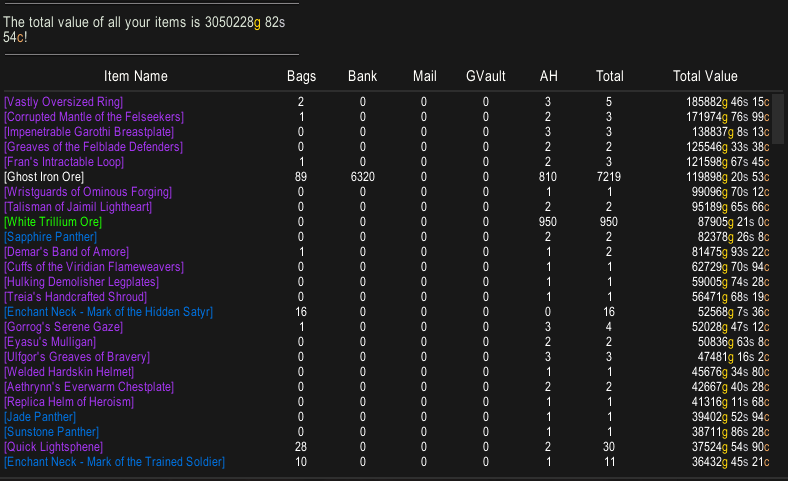 The food moved out of the top list this week as it has mostly sold and I have not been restocking it. In addition we see that the panthers are back as I restocked them last week. I sold one Ruby Panther, so that is nice. I need to get up to about 3 of each panther before I am happy with my inventory though as 2 is just too little and too risky in terms of selling out.