Welcome to the 12th update of my gold cap challenge. Sadly the challenge is not progressing particularly fast, so we will have to see if I can find any ways to speed it up. Mostly I think it’s just up to me to allocate a bit more time to the challenge over some other things.

I managed to unlock the highest tier of order hall missions on my demon hunter this week. That was about it as far as playing on my level 110 characters. Outside of that I had some time to restock BoEs and I have tried to keep on top of keeping my stock posted to the Auction House.

I only hit 400k in sales this week, which is fairly bad. Mostly it’s because I have not been restocking much at all lately. I did get to do at least some BoE scans and grabbed some very nice deals, but in general my stockpile is too small. 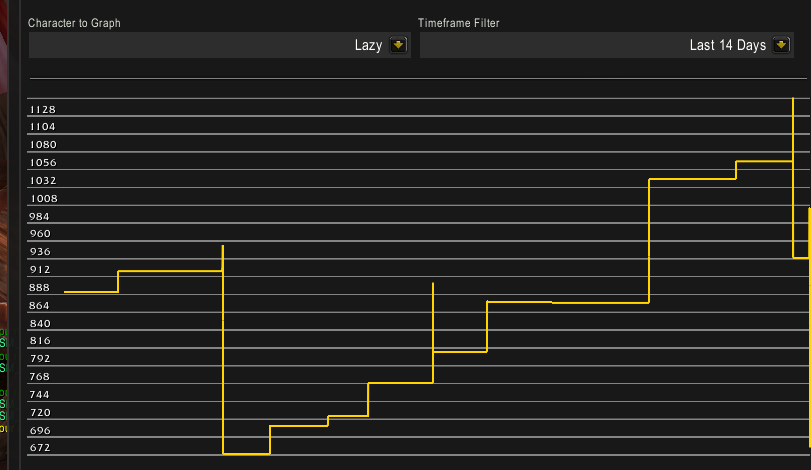 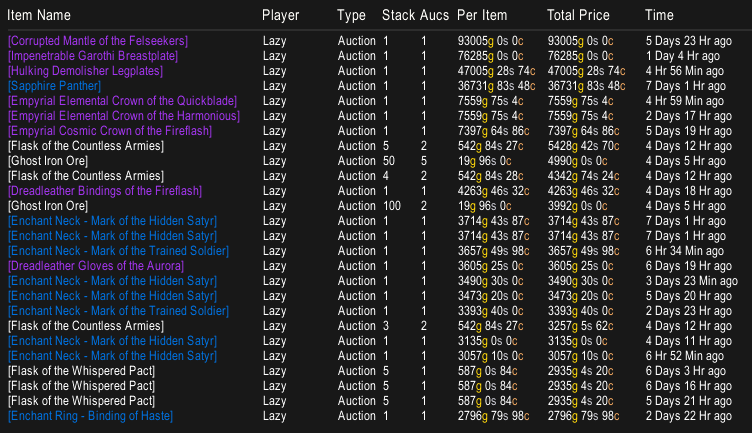 The first thing that jumps to mind from my sales this week is that I did not sell a single 101 BoE. On the flip side I sold an OK amount of Antorus BoEs. Empyrial crowns also sold quite well this week and I will definitely have to restock some more of those going forward. I have found them to be great for a while. I have almost run out of epic gems so I will definitely have to recraft some of those. I’m planning a restocking session for most of my professions quite soon. I will be buying materials for all of my crafting professions.

I sold a ton of Ghost Iron Ore this week as we can see both above and below. Trillium has not been selling well lately though. Spirit of Harmony flipping seems to be very reliant on having a miner to melt the ores. 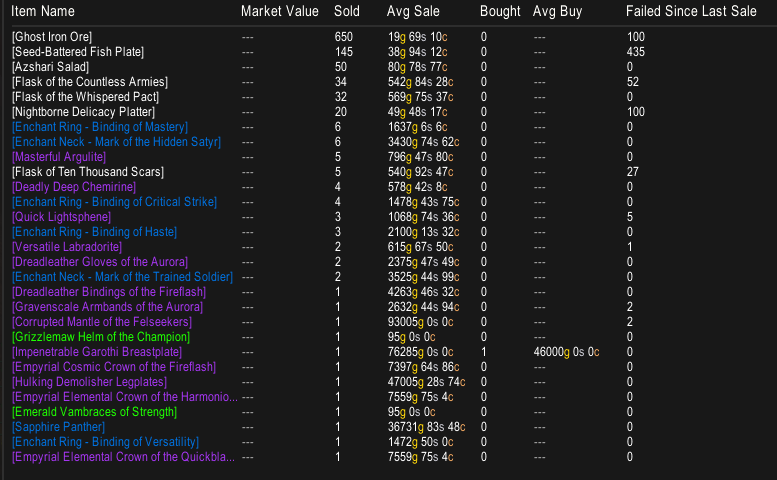 I managed to sell some food this week as well and enchants and flasks still move at good rates. I’m almost out of enchants as well this week which means that I will need to restock. 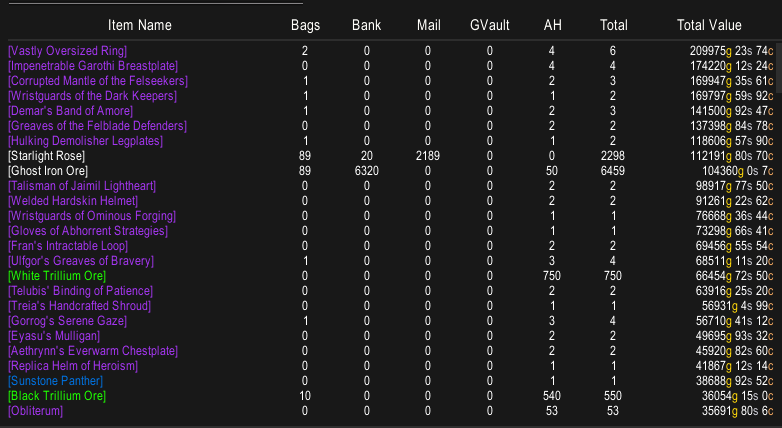 I’ve restocked some BoEs this week, and most of my panthers have sold which gives a slightly different view from last week. I think my lack of activity in buying BoEs has been one of the main reasons that my liquid gold has not been moving much lately. I am approaching 5 million in Auction house value on the flip side so all in all it feels like I’m progressing decently.