This week I spent some time working on my Archeology. Still a while of feven starting the farm for Vial of the Sands, but at least I have started down the path.

This week I spent some time on my main account, primarily working on the Vial of The Sands grind. I got lorewalkers to exalted, and I leveld archeology up to about 140 skill level. Still a while to go, but at least we are en route.

My AH value is slightly up since last week, but my sales are not too impressive this week. I did not spend much gold restocking, particularly in the BoE market, so overall sales ar enot where I want them to be.

I did try my hand at restocking some more obliterum, but not too many sales in that market this week sadly. 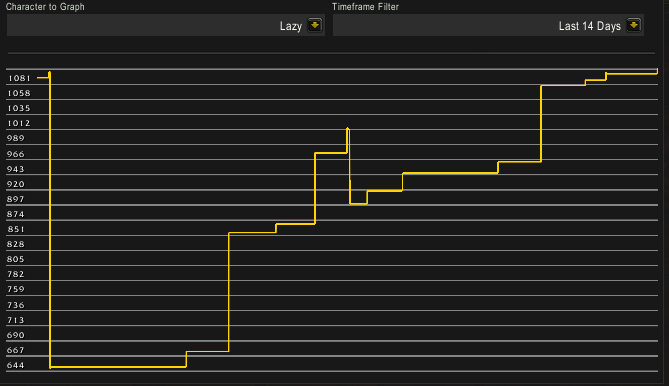 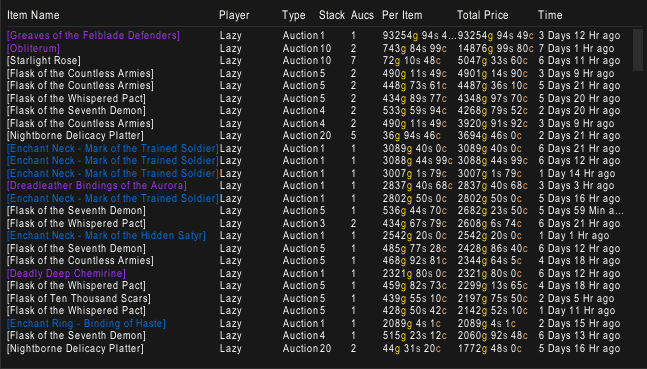 Overall we can see that this week was fairly stale in terms of sales. I only sold one BoE, which is way to slow for my taste. Flask sales have been very good however, so that is always something. I also inadvertently sold some herbs that I originally bought to restock flasks with. The profit margin on the Starlight roses, is quite high, so I really don’t mind that at all.

Enchants are still selling OK as well, and I sold some more Obliterum which is great. Looks like these markets are not quite dead yet.

We can also see from the quantity screenshot below that I did not buy ANY BoEs this week. That’s something I’m going to have to remedy next week, as it is still the best market in terms of profitability. 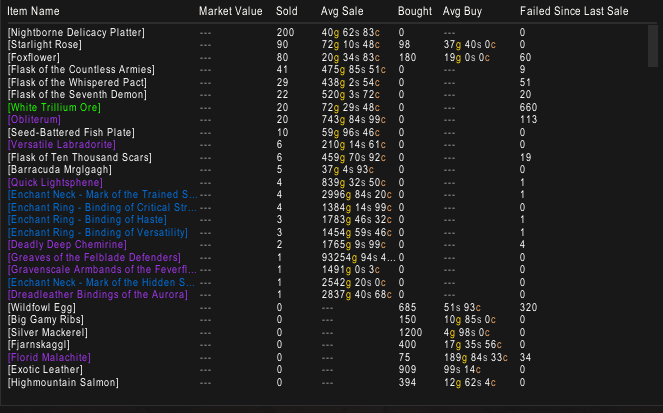 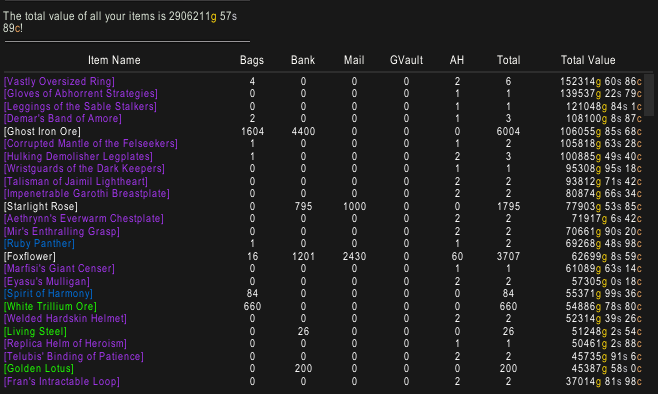 Nothing much to say here. My stockpile is very healthy overall. I am starting to think I should drop the price points on some of my 101 BoEs to try moving them a bit quicker as they have not sold well lately. Including avgbuy in my pricing formula might be way to ambitious at this point.