I mostly just reposted auctions this week, but that has gone exceedingly well. As we will see I had some massive sales this week!

This was quite massive. I had sales worth a total of 870k gold! My liquid gold passed 2.6 million and I am quite close to 3 million now. I bought a large amount of BoEs recently and the results have been immediate. The Antorus market should be relevant for a couple of months still as we are about 4 months away from the BfA launch. 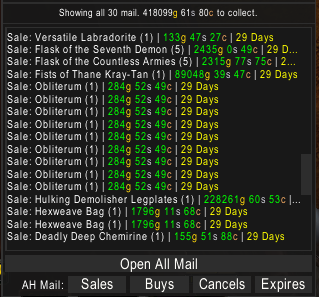 I did not spend any time on my 110s this week as I have been focusing on other stuff.

We can see that I spent another 400k on BoEs just after last weeks update and then I had steady sales throughout the week. Going to have to spend some time restocking more BoEs after I finish writing this post it seems. 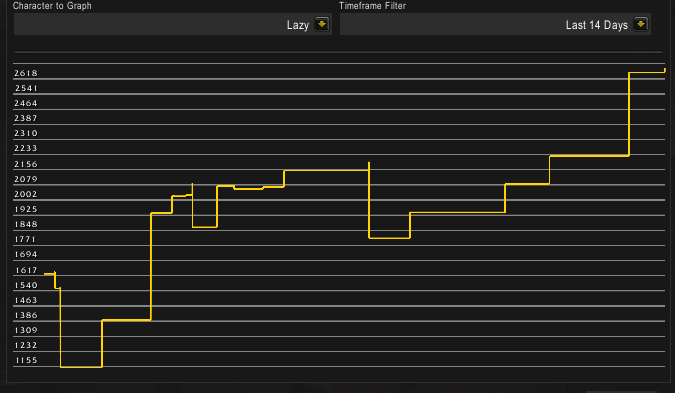 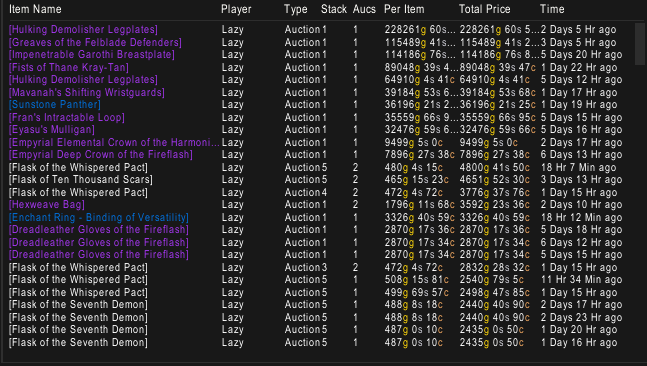 Another week where BoEs are through the roof. I sold 3 above 100k. The nice thing to not is also that the mix is much better between 101 and 110 BoEs. Nice to know that I can still move the 101s, although I expect that market to die before the 110 market.

I also sold another Panther this week. I should probably restock some panthers this week if I have time as I believe I\m close to running out.

On the volume side it\s very similar to last week. Flasks, some trillium and a nice amount of Obliterum sold. I should probably stock Obliterum more aggresively as my crafting cost is somewhere in the 150 gold range! I\m also planning to restock some Empyrial crowns as I sold a nice amount of those this week as well. 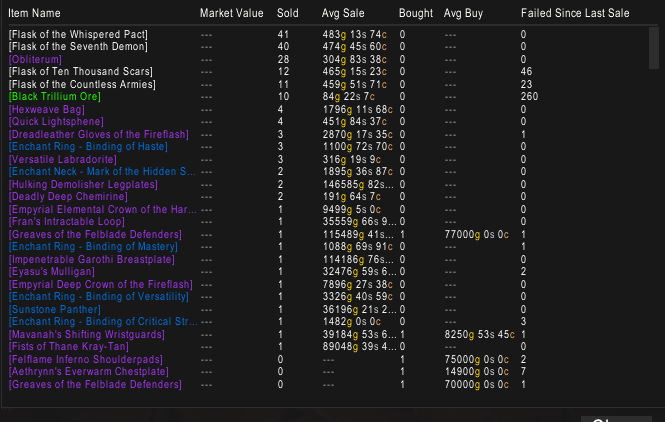 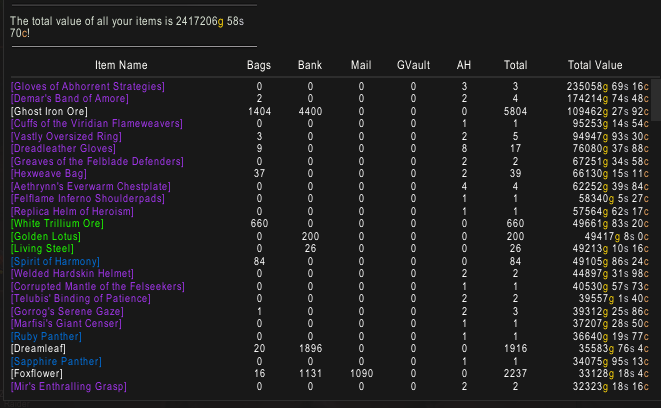 My BoE stockpile is moving quite a bit faster this week. My inventory value seems to be slowly decreasing. This is likely caused by a combination of a large amount of sales coupled with a decrease in market prices for Legion goods over the board. I expect it to keep going down as we head towards BfA.