This week I mostly reposted my auctions. I bought a nice amount of 110 BoEs and sold them as well. In addition I spent some time restocking panthers.

This was another great week. My liquid gold increased by about 200k AND I increased the value of my posted auctions by 600k! I’ve had a couple of really big mailboxes this week and my sales almost hit 1 million.

I spent about 750k this week, so the old adage is definetly true. You need to spend money to make money! 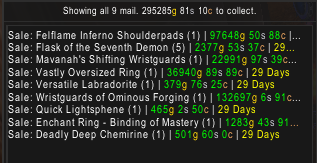 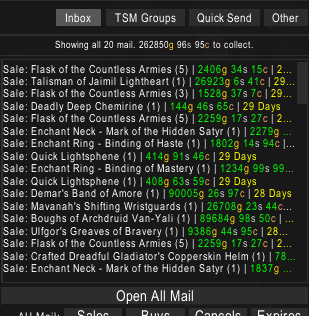 We can see I had a stretch in the beginning of the week where I did not log in, then I had two very nice mailboxes and a couple of spending sprees on BoEs, one straight after last Sunday’s post went live and one yesterday. 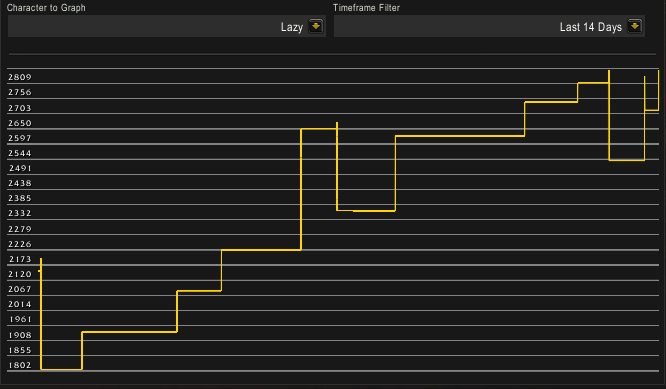 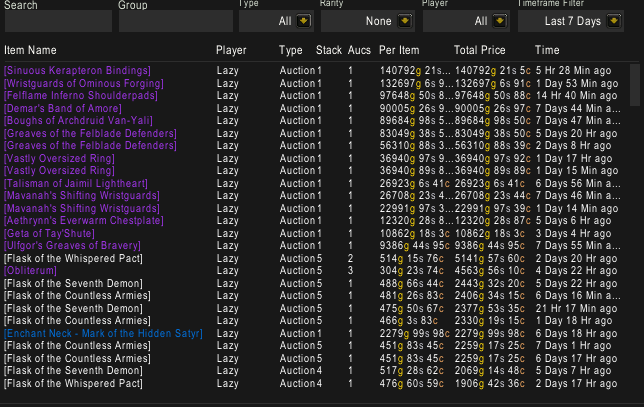 BoEs continue to be massive! Now that I’ve changed my pricing formula 101 sales are up quite a bit as you can see from the summary above. I sold an absolutely crazy amount of 101s this week. I should probably shop for 101s a bit more often than I have lately as the results seem extremely nice. Antorus BoEs continue to be the biggest ticket items I flip and are still doing very well. Expect the gravy train to remain for a couple of more months at least!

I restocked some panther’s but none of them sold sadly. In general my crafted gear sales were quite bad as I did not sell any crafted LW armor or any JC crowns.

Flasks and Obliterum where the main items in terms of quantity. I also still sell an OK amount of gems and enchants. Especially considering I do not make an effort to repost on reset day at all. I am running out of both enchants and gems though, so I should probably make sure I restock them this week. 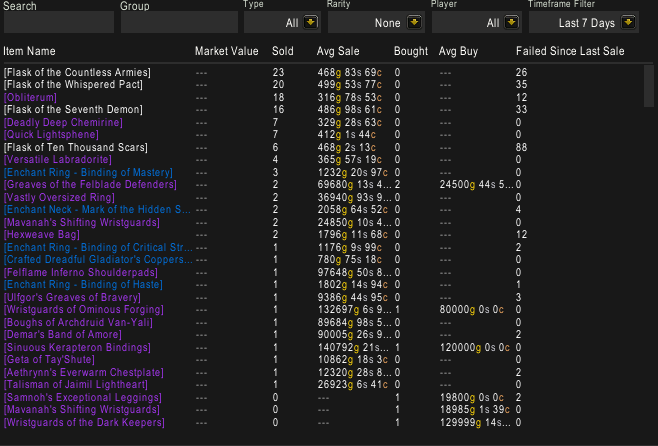 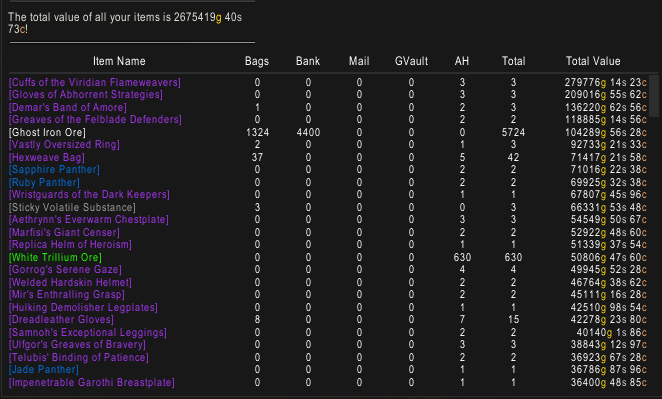 For the first time ever my inventory is topped by 110 BoEs. It has mostly been the 101s, but I sold a massive amount of them this week, so my 110 stockpile is now bigger. I have an OK amount of panthers, but my other crafted markets are running low and none of them really show up in the top value sort, so that is something I need to work on.