Gold making wise this week went kind of terribly for me. I finished of my last revered reputation though, so overall I’m happy. I can now focus on leveling my next alt and getting rank 3 darkmoon card recipes.

This week I ended up losing 782k gold! That’s impressive. The main reason for this is the fact that I purchased a ton of flasks last Monday, just before the Anchor Weed hotfix went live. This meant that the price on flasks started tanking. I expect I will lose a lot of gold on those flasks, as they likely won’t sell until the market price has stabilized.

Most of my gold has come from enchanting, some jewelcrafting and a lot of material flipping. I had some very nice mailboxes this week. Sales are still strong, and I hit the 1 million gold mark this week.

I’ve slowed down darkmoon decks as the expulsom cost so high it’s almost scary to craft. You are essentially only making gold on the fathoms decks. I may try selling my stock of singles and see how it works, but hard to make settings that works for all of them, as the price ranges from 500 gold to 10k++.

My AH value has increased significantly since last week, so that’s at least something. 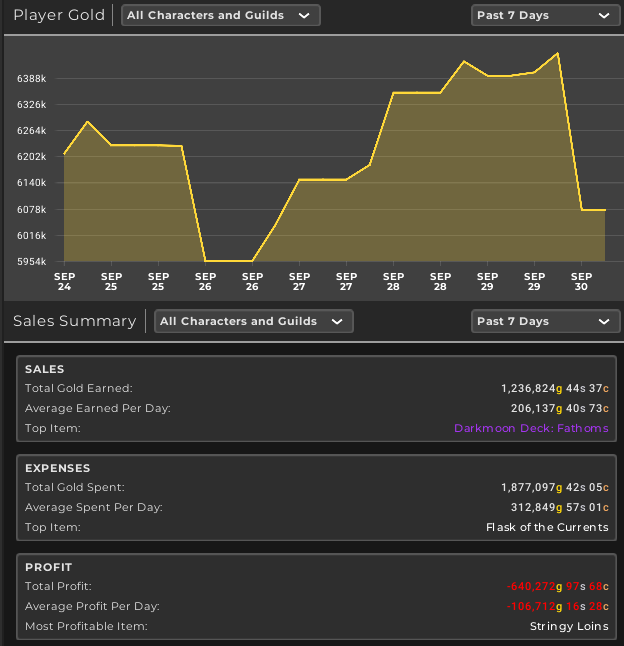 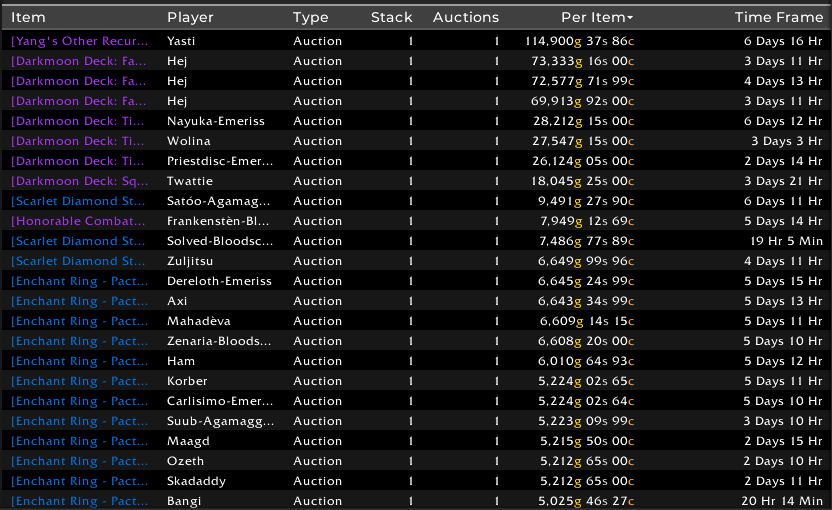 We can see I once again sold a decent number of darkmoon decks this week. Scarlet Diamond staves are also selling well, and I am moving a ton of ring enchants.

Not a lot of high ticket sales outside of that sadly, and BoEs are still mostly not selling, but I don’t have a lot of volume of those yet either. Hopefully I’ll be able to find some more deals over the next weeks so I can reach a nice level

On the flipping side I am still having by far the most success with meat, fishes and ores. It’s particularly easy to clean out the AH of cheap stringy Loins and instantly repost them. They sell really quickly as well!

Meat haunches have been falling slowly in price, and have been much less profitable as you can see. The highest profit margins are for the expensive fishes, especially Redtail Loach and Frenzied Fangtooth. 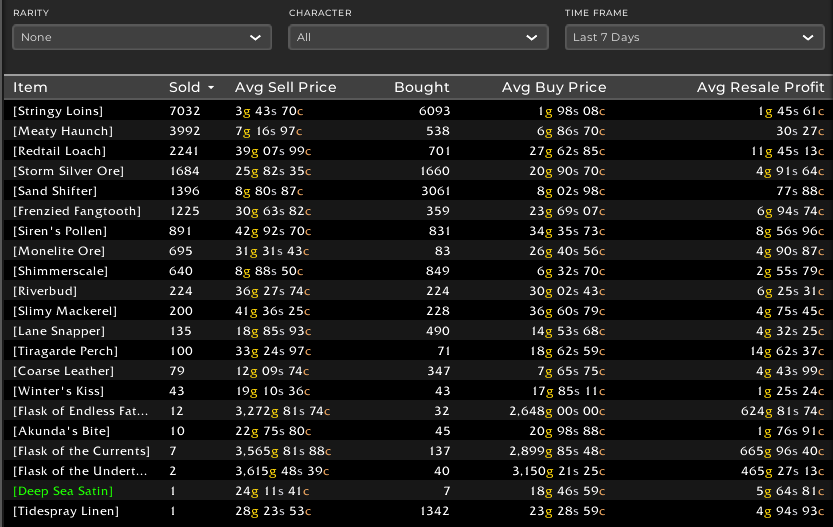 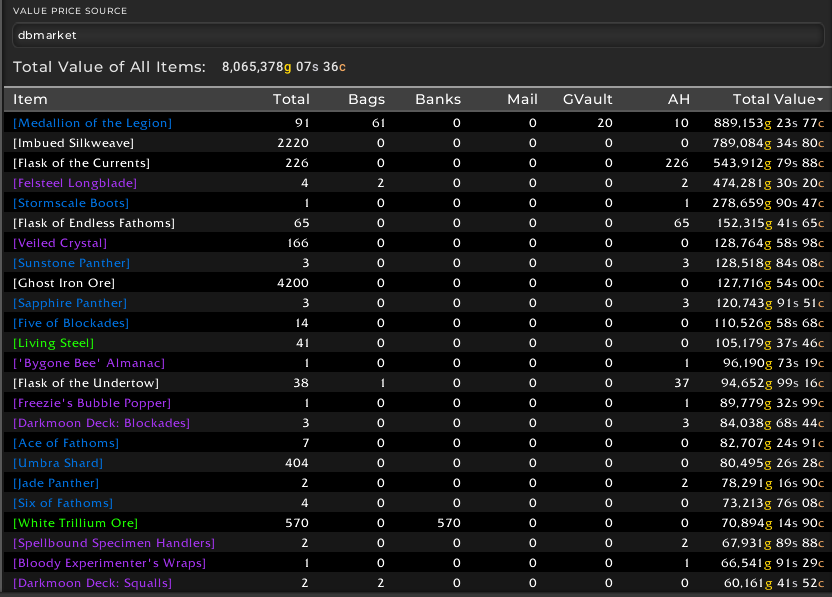 The valuation for BoEs is still broken, sadly. You can also see that I have crafted up panthers again, and most of them are now showing up in my top value summary. I will have to get some more rubies, as I could only restock one Ruby Panther sadly.

I’ve been restocking enchanting regularly, but it’s a bit of a challenge to get enough Gloom Dust to keep fully stocked. The shuffles are not looking particularly profitable at current prices on my realm.