How did week 15 of my Gold Cap Challenge go? Let’s take a look!

This week I managed to get some time in on my main account. Blizzard changed the yields of the Blood of Sargeras Order hall missions. This means you know actually have to go out and acquire resources by doing world quests. I managed to fit in some world questing to acquire some resources so I can keep the Order hall Mission train running.

I also restocked some crafting markets, particularly enchants, as I was running really low on those.

AH value is down, but that is caused by a couple of very large BoE sales. I should look to reinvest that gold into new BoEs. I spent a lot of gold this week primarily on BoEs and on restocking enchanting materials. I peaked at over 1.5 million gold this week so at least I am trending upwards, even if it is slow going. 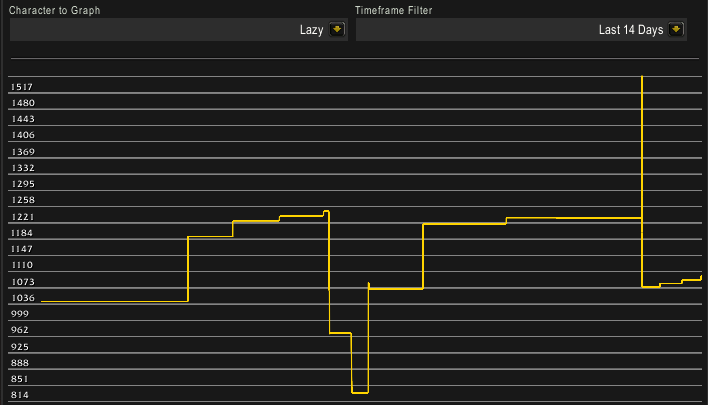 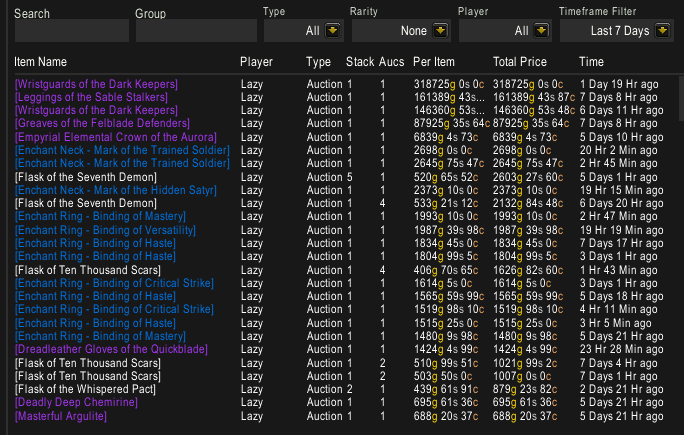 I got some extremely good Antorus BoE sales this week! I sold three BoEs for more than 100k each. The market for Antorus BoEs is still extremely good as we can see. 101s on the other hand are lagging behind and quite quickly at that. At least enchants are back with a vengeance after I spent some concerted time restocking them.

Jewelcrafting is also doing quite decently and the 7.3 gems are still selling at nice reates. Overall my flask sales are slowing down quite noticeably however. I think I will be slowing down my consumable markets gradually and focus on getting up to speed on some more old world markets. Getting some more cosmetic items into my posting routine on this realm would be great as the markets for all power increase items are slowing down.

If we look at my item sell rates we can see that enchants are up from last week. Over all I did not sell too many items this week, but I got carried by my expensive BoEs. 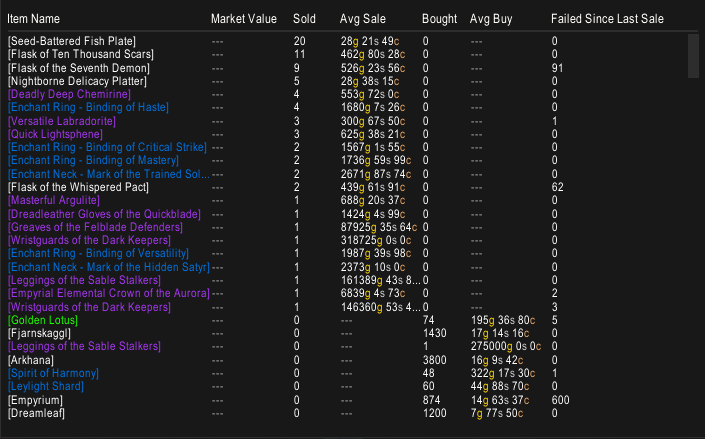 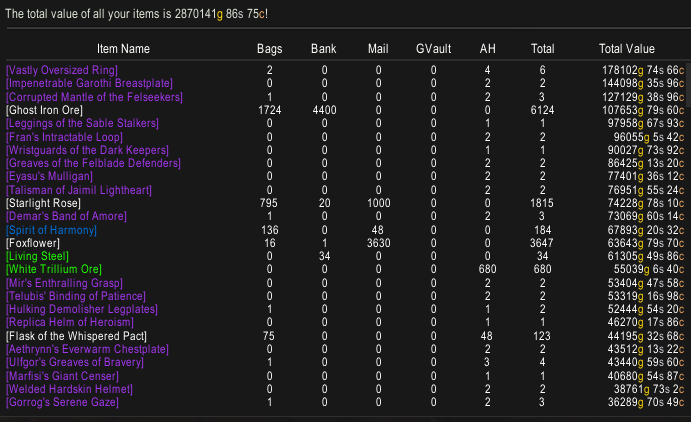 Nothing much to say here. My stockpile is very healthy overall. I will likely not be buying any more herbs for the foreseeable future as you can see I have a lot of herbs lying around. I am gradually moving through my Ghost Iron to craft panthers when I have the time, but prospecting is slow. I have been buying spirits of harmony to get cheap golden lotuses for the gem transmutes.