I got to stream some Vial of the Sands farming this week and managed a decent amount of time on the challenge! It was nice to talk to you guys again!

What a week! For the second week in a row my liquid gold has increased by more than 500k. I put in a decent amount of farm on my demon hunter for the Vial of the Sands recipe. Outside of that I bought a lot of BoEs this week. This paid of nicely with a ton of sales.

I have also tried my hand at flipping some hexweave bags. I found some way below market value and I have been making about 100 gold on average per bag.

We can see that I spent almost 500k just after last weeks update. All the new BoEs sold really well and I shot back up above 2 million gold for the first time! I have not restocked BoEs since, but I am planning to later tonight! 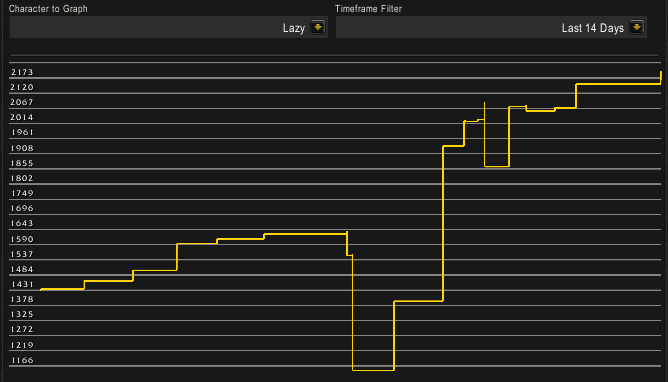 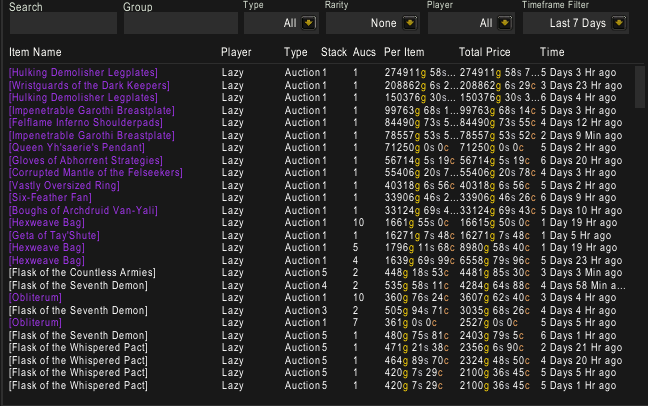 As we can see above BoE sales have been through the roof this week. I hit 1.3 million gold in total sales this week, which is quite amazing! We can easily see that the bulk of the gold is from Antorus BoEs, but I also sold several 101 BoEs. I did change my pricing formulas slightly this week which might explain why my sales increased so much. I am trending my prices down so I can move my stock slightly quicker.

Hexweave bag flipping is still going well. My purchase price is about 1644 fold on average now. I tweaked my settings to avoid those sub 1640 sales.

On the volume side I moved a nice amount of Flasks, Obliterum and Hexweave bags. Nice to see obliterum make a comeback even if prices are super low. The epic gems are incredibly cheap, so you can still make a profit at this level. 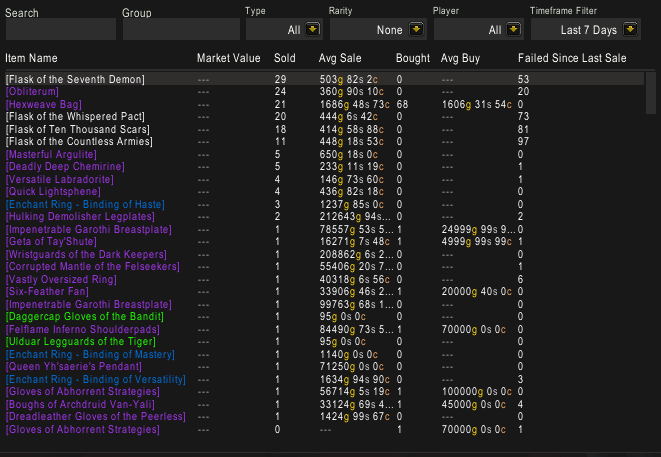 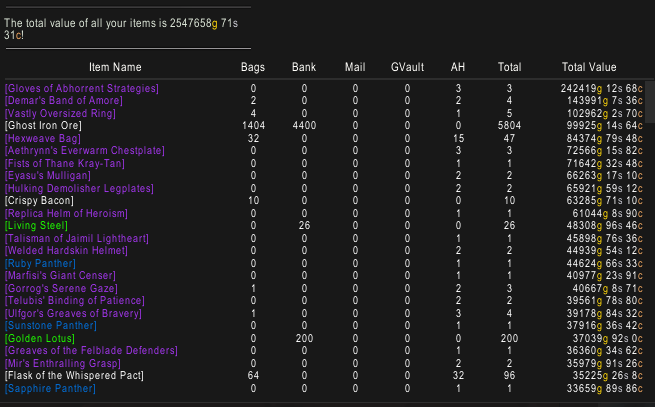 My BoE stockpile is moving quite a bit faster this week. My inventory value according to TSM is down below 3 million for the first time in a while. Hexweave bags are showing up on this list now as I have 47 of them. As we can see I am almost completely out of Antorus BoEs, so I will have to resupply those as soon as possible.